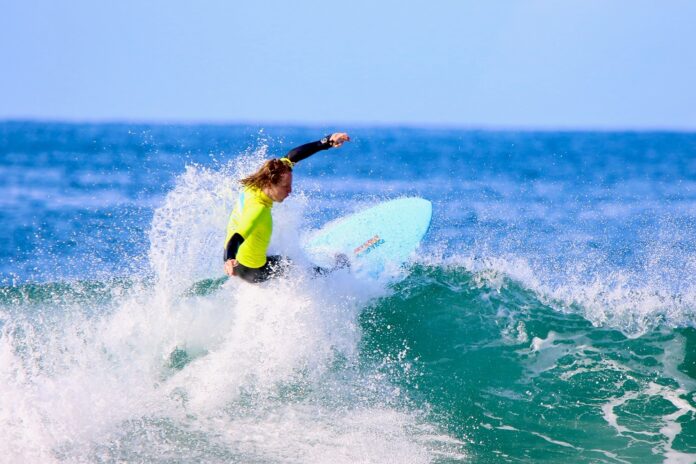 One of the oldest surfboard clubs in the Hunter, and throughout Australia, will commemorate an historic milestone this weekend.

Boasting a current membership of 140, the Bar Reef Boardriders is set to celebrate its 50th anniversary at the Cooks Hill Surf Life Saving Club on Saturday 29 October.

And, testament to the organisation’s positive and inclusive culture developed over the past five decades, the event’s already sold out, according to secretary Ted Bassingthwaighte.

“It should be a great night,” he said.

“We’re looking forward to it.

“Members from the 1970s, up to the present, will be in attendance.

“So, we are kicking things off early (4pm), that way parents and children can celebrate the occasion, too.

“Then, afterwards (6pm), the formalities will get underway, along with drinks, speeches, food and music.”

Bar Reef Boardriders, affiliated with Surfing NSW and Surfing Australia, originated during the height of the sport’s popularity in the 1960s.

While clubs in Newcastle were primarily based in the East End, on Newcastle and Merewether beaches, those from Bar Beach either joined those organisations or didn’t participate in an organised group.

That ultimately led to the formation of the Boardriders.

“Back then, there were ‘tribal’ issues between clusters of surfers who gathered and surfed at particular beaches in Newcastle,” Bassingthwaighte said.

“The Bar Beach crew was very anti-competitive and, primarily, all from the same school and suburb.

“So, the Bar Reef Surfriders, as it was called then, grew out of that desire for Bar Beach surfers to do their own thing.

“The club was very exclusive with a small membership.

“Young surfers, like myself, who started surfing at Bar Beach had to endure certain rituals such as earning ‘100% members’ vote’ to join the organisation.

“Over time, as the older members faded away, the club became more inclusive and developed a family-friendly competition focus.

“As part of that commitment, a tournament – the Australia Day Challenge – has been staged every year at Bar Beach since 1974.”

Bassingthwaighte said the club’s longevity “arises from the place itself”.

“The wave at Bar Beach is always there and very accommodating for all skill levels,” he told the Newcastle Weekly.

“The design of the carpark and the amount of free access the public has makes it an inviting place to visit, too.

“For some reason the club, after the old guard left, always welcomed members no matter their social, employment or educational status.

“The ‘rich kids’ and the ‘houso kids’ always seemed to fit in at Bar Reef.

“It remains the case today.

“The annual Australia Day Challenge brings the tribe together where past and present members meet, compete and socialise.

“This event is the glue that held the club together through times of difficulty.

“And, with the rise of female participation in surfing, Bar Reef probably has the biggest cohort of [female] surfers of any organisation in the region.

“We also promote novices with our ‘Parent Assist’ division.

“These things certainly add to the durability of the club.”

“We’ve never been focussed on high-level competitive surfing,” he said.

“The aim is friendship, family and community.

“However, we’ve had some very good surfers who competed professionally with limited success.

“But, as our young guns improved, we’ve supported their decision to join other more competitive clubs such as Merewether Boardriders to advance their surfing and chances of a professional career.

“That includes the likes of Josh Levey, Olly Ryssenback and Chad Smith.”

In an ever-changing world, Bassingthwaighte said the Bar Reef Boardriders’ survival over such a long period was definitely a “highlight”.

“The club is a not-for-profit incorporated organisation, operating on the effort of volunteers.

“Although our membership and activity has waned at times, the continuation of the Australia Day Challenge always meant some income and engagement by members.

“Another highlight is the diversity of events Bar Reef offers people.

“We were the first club to present a Parent Assist division for novice all-gender surfers.

“This gateway category has proven the lifeblood of Bar Reef with many youngsters growing into roles in the organisation.

“We’re also extremely proud of our inclusivity, with large numbers of female members, as well as those from mixed migrant background and those with a disability.”

To learn more about the club, visit www.barreef.net